North America is expected to continue to be at the forefront of global demand. The market in Asia Pacific is also likely to expand at a robust pace 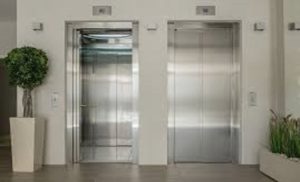 Increasing adoption of new IT solutions with modern consumer trends in different organizations and IT modernization will boost the IoT in elevators market in the coming years, the report predicted.

In addition, increasing number of high-rise buildings is expected to fuel the growth of the market in the near future.

North America is expected to continue to be at the forefront of global demand, with the market in the region expanding at a CAGR of 15.3 per cent during the forecast period.

Some of the factors that are likely to drive the IoT in elevators market in North America, include technical advancements, increased digitization, increasing number of high-rise buildings, and presence of a large number of IoT in elevator providers.

While North America and Europe are mature regions in terms of IoT in elevators, the market in Asia Pacific is expected to expand at a robust pace during the forecast period.

Rise in penetration of technology as well as significant investments in the optimal utilization of IT solutions across countries such as the U.S., U.K., Germany, France, China, India, and Brazil are anticipated to offer lucrative opportunities for IoT in elevators providers in the near future.

In terms of component, the hardware segment held significant market share, followed by services and software segments in 2017. By application, preventive maintenance segment occupied major market share in 2017 as it helps to maximize an elevator’s availability, efficiency, service quality, and customer satisfaction.

The remote monitoring application segment is anticipated to expand significantly over the forecast period.

ThyssenKrupp AG, KONE Corporation, Otis Elevator Company, Schindler Group, Mitsubishi Electric Corporation, and Toshiba Elevators are among the key players in the IoT in elevators market mentioned in the study.

The Right Security For IoT: Physical Attacks and How to Counter...