As per the findings of a report, the global industrial robotics market is projected to indicate substantial growth over the forecast period due to multiple driving factors such as the adoption of Internet of Things (IoT) in industries and growing digitalization of manufacturing industry across geographies. 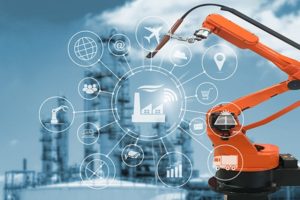 The global industrial robotics market was valued at US$ 17 Bn in 2018 and is estimated to increase at a CAGR of 18 per cent between the forecast periods of 2019 and 2029. This growth is driven by the increasing applications of industrial robotics in the automotive industry, electrical/electronics industry, and auxiliary industry, among others.

East Asia is estimated to hold significant market share in terms of value in the global industrial robotics market. However, the South Asia market is projected to project lucrative growth in the global industrial robotics market over the forecast period of 2019-2029. This growth is propelled by the rapid growth in the factory automation rate in countries of South Asia and East Asia such as China, India, and Vietnam, among others. The economic condition of these countries has been evolving positively.

Furthermore, macroeconomic factors such as growing population, rapid industrialization, and urbanization, are some of the factors driving the growth of the industrial robotics market. The automotive industry in East Asia has gained a considerably positive momentum over the past years, which has increased the adoption SCARA robots and articulated robots in the manufacturing process and is estimated to indicate the rewarding growth of industrial robotics market in the East Asia region.

The global market of industrial robotics has been segmented on the basis of different types of industrial robots, their multiple applications, end-use industries, and regions such as North America, South Asia, Europe, East Asia, and the Rest of the World.

Zensar Technologies Strategises On The Growing Power Of AI