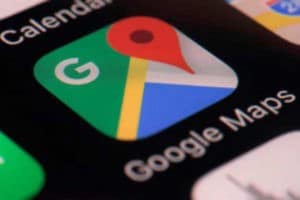 One of the biggest challenges of app users is to find out the country of origin of the app. As mentioned in a report by the Economic Times, BodyGuard, a one click mobile security app from SafeHouse has introduced a feature called ‘Patriot’. This feature would enable smartphones users to have a clear visibility on the flow of their data from all the apps on their phone (seeing which country their traffic is going to). Additionally users can also see the origin of the developer along with the incorporation country of the company for all the apps on their phone, according to a release.

SafeHouse Technologies is a mobile-first cyber security enterprise which has offices in Israel and India. With this, the users would be able to identify, delete and block specific apps from their mobile phones.

This capability is commonly described as geo-restriction and is a method that content providers use to restrict acmes to their services and platforms on a geographical basis.

Blocking 118 apps in the third wave

The central government has also made a decision to block 118 apps in the third wave after receiving several complaints from various sources about misuse of some mobile apps. These apps available on Android and iOS platforms were used for stealing and secretly transmitting users’ data in an unauthorised manner to servers located outside India.

The new feature, Patriot, clearly identifies the country of origin for all the apps on the phone, classifies whether apps are suspicious or not, and enables users to block and delete these apps at their will. Along with Patriot, Bodyguard has also introduced an app lock feature ‘Airtight’.

With the help of ‘Airtight’, users can add an extra layer of security to any of the applications on their smartphones. The feature would ask for the fingerprint or passcode from the user to open any specific app, such as Gallery or Notes.

On incorporating the new feature in the app, Aditya Narang, co-founder and managing director, SafeHouse Technologies shared that their team has been tracking the developments of how customers, corporations, and governments are reassessing the role of private companies handling cyber risk, security, and data.

Narang also added that protecting users in the digital space and securing their privacy remains of utmost importance. The company has also claimed to be the first to market with this feature and it is already live for Android phones. BodyGuard is a one solution app for all your mobile security needs.

While it protects the user’s phone from any possible cyber-attack, features such as Patriot, Airtight & Tracker offer users customised needs as per their requirements.

Earlier, the centre has also decided to block Chinese phone applications in India. While this decision rose questions on data privacy, many of these apps began to look for options to overcome the government restrictions.

As mentioned earlier, Bodyguard uses proprietary technology for the protection of smartphones from a range of cyber threats like phishing, malware and malicious links all while enhancing the device performance and internet speed and using less than 1% of battery life.

Bodyguard 5.0 is the result of a breakthrough in SafeHouse’s R&D Lab in Israel. The latest version comes with AI based security capabilities, uses a higher level of encryption and hence bolsters the privacy.

‘Digital transformation Starts and Ends With The Customer’