Machine Learning algorithm can hugely benefit for timely detection of Aortic Stenosis, a disease that restricts the blood flow from the left ventricle to the aorta. 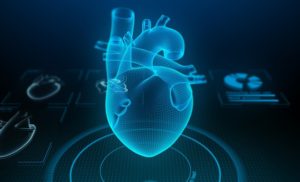 Aortic stenosis is a common structural heart disease affecting more than 1 in 8 patients over the age of 75 around the world. But, due to the different ways involved in using a stethoscope, combined with the difficult task of identifying subtle heart sounds for Aortic Stenosis, it is common for this disease to be missed out in symptomatic patients, who are sent home without a follow-up.

With the right practice, the disease can be initially identified during the physical exam when a suspicious heart murmur is heard using a stethoscope.

Eko, a Berkeley, Califoria-based digital health company has unveiled an investigational Aortic Stenosis (AS) detection algorithm at this years American Society of Echocardiography (ASE) Scientific Sessions that is aimed to assist healthcare providers in the early detection of AS.

Developed and tested in partnership with the Northwestern Medicine Bluhm Cardiovascular Institute, the early study results showed Eko’s artificial intelligence (AI) to accurately detect AS amongst patients, with a sensitivity of 97.2 percent and a specificity of 86.4 percent.

Thus, the Northwestern researchers concluded that assessment using Eko’s platform is a fast and effective method to screen for significant AS and should be validated in a primary care setting.

With the help of machine-learning algorithm, heart sounds are trained to a digital stethescope that can rapidly and accurately detect a murmur in patients with clinically significant aortic stenosis.

Steve Pham, MD, vice president of clinical and research affairs at Eko Devices, said that front-line clinicians may be able to use Eko stethoscopes (Eko CORE) with this algorithm to refer patients for echocardiography to confirm aortic stenosis.

He added that further research is needed for developing algorithms that can differentiate between other heart valve diseases and determine a timely intervention strategy.

Electropreneur Park Helps Startups in Every Possible Way During Incubation