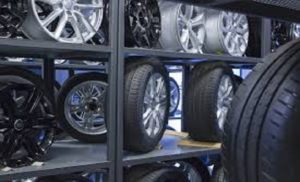 Tyre companies have been relying a lot on imported systems from the USA, Europe, Korea and China to automate their factories, according to a WIN statement.

WIN Automation said it believes that “Make in India” is not complete if the capital equipment for production processes are continued to be imported.

WIN will collaborate with Rockwell and other major automation partnerships towards this goal. It claims to have already bagged a major order from one of tyre majors in the country.

They MoU would entail working together on projects in defence, DRDO Labs, DPSUs and other relevant government entities in India and overseas.

“This partnership will help both companies to make a significant contribution to indigenisation and ‘Make in India’ initiatives of the GoI,” said D.K. Hota, CMD, BEML.

Pratik Kumar, CEO, Wipro Infrastructure Engineering, added, “Given our focus on emerging technologies like 3D printing and industrial automation and sectors like aerospace, space and defence, we see invaluable synergies in partnering with BEML.”

The Aerospace business of WIN has also commenced construction of its second plant in Aerospace Special Economic Zone at Devanahalli, Bengaluru. The new plant will house Aerostructure Machining and Surface Treatment Lines for aerospace components.

With inputs from PTI