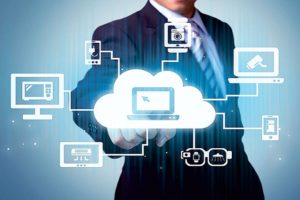 Dataloop that works as a platform for AI data management and annotation announced that eight leading angels from India, led by Saket Agarwal of Onnivation have joined the existing investors in the company’s latest founding round. With participation from Umang Bedi, Virendra Gupta, Bikram Singh Bedi, Gaurav Gupta, Salil Musale and Saket Agarwal, the investment will help to enable the expansion of Dataloop’s presence in India and further reinforces a larger trend of cooperation between Israel and India in the technology sector

To date Dataloop has raised $16 million in funding following the completion of an $11 million Series A round.As the global AI market approaches $190 billion in value by 2025, India has seen its own AI sector grow rapidly. Despite AI’s breakneck growth, 96 per cent of companies still struggle with proper data labeling when they attempt to implement AI. Dataloop plans to address this gap with its data management solutions designed specifically to solve this challenge.

The company said that Dataloop helps enterprises that are developing AI in India and across the globe with their customizable SaaS platform. it weaves together human and machine intelligence to train and label unstructured data. The company’s advanced platform feeds ‘real-time’ data back to human counterparts while simultaneously streamlining the workflow with automated annotation tools.

Eran Shlomo, CEO of Dataloop said, “With Dataloop, organisations operating in a range of verticals – including retail, agriculture, and autonomous vehicles – can successfully deploy AI in production and focus on their core business. The pandemic has further fueled this growth making it a critical investment. “The data annotation industry is rapidly growing in India and we are extremely excited to be expanding Dataloop’s presence here. Israel and India have developed a strong partnership and we look forward to working together and the opportunities it will bring to the Indian market.”