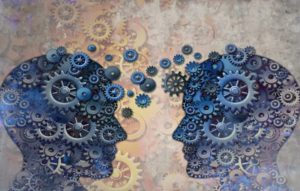 An IoT platform operates on a multi-layer infrastructure that handles, stores, and transfers the information via the Internet to and from connected devices. They are flexible, cross-device compliant, and come with ready-to-use features to boost the growth of connected device applications.

The report added, “The factors that drive the IoT platform market size are the flexible scaling of data storage in the cloud. Because of the growing number of connected devices in an IoT environment, large amounts of data can be stored, downloaded, uploaded. Therefore, businesses can enhance their ability to handle IoT data resources in terms of knowledge, speed, and agility by leveraging the IoT Platforms.”

As per the report, the application enabling framework helps the users to quickly incorporate IoT applications and services without posing any challenges to network connectivity. It helps businesses to achieve value in less time from IoT investments. This is due because the platform reduces technical issues. The report added that the need to reduce the cost and complexity that developers may experience when developing IoT-enabled software applications with cloud-based data storage will be a crucial factor to push the IoT platform market size.

The report added, “Large companies have good budget capabilities and are investing heavily in the implementation of the IoT cloud platform and related services to efficiently control their subscription base. Growth in the big business segments is largely governed by the increasing number of IoT devices installed across large enterprises. These factors are expected to increase the growth of the IoT platform market size.”

Some factors for this growth include advancements in wireless communication technology and increased efforts by manufacturers, facilities managers, and governments to make consumers aware of the long-term benefits of implementing a home automation system. The growing number of smart city initiatives pushes IoT cloud platform adoption in the field of building and home automation.