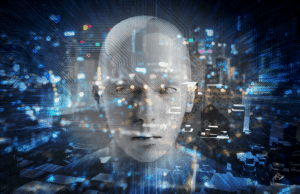 According to a report by the Hindu, the Indian Railways plans to use artificial intelligence (AI) based technology solutions. As per the report, it plans to install CCTV across its stations and trains. It also plans to use facial-recognition system to identify people with criminal records and miscreants said the report.

Railway Board Chairman V.K. Yadav said in a press conference that security is very important for railways. He added that a big step towards it is CCTV surveillance across stations and train coaches.

He also said that the railways also intend to use AI face-recognition software to stop criminals. He added that in the Parliamentary Standing Committee meeting, it was suggested that in addition to CCTV installations, AI and face recognition software should also be used. He further commented that it was also suggested to use analytics to recognise the face of criminals and nab them.

As per the report, Yadav further commented that there are about 58,600 coaches run in the mail express trains in the country. The Indian railways aims to put CCTV in the corridors and above the door. He also said that by March 2022, all stations will be covered. In the first phase, tenders have been invited for 7,020 coaches and for 6,100 stations. He added taht this will most likely be done by next year and the remaining coaches will be done by March 2022.

5G Network to be Based on Open Source Platforms: Qualcomm India

5G Launch in India – What it Means for IoT Industry?