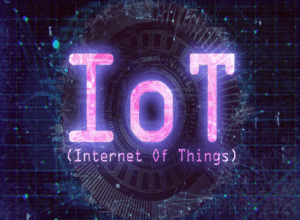 The global IoT node and gateway market size is estimated to grow from $387.1 billion in 2020 to $563.7 billion by 2026, at a CAGR of 6.5 per cent as per a report by MarketsandMarkets. The report titled, “IoT Node and Gateway Market by Hardware, End-use Application, and Geography – Global Forecast to 2026”, the major driving factors IoT node and gateway industry are the development of internet connectivity, growing use of wireless sensors and their networks.

Few other factors for growth will be increased IP address space and better security solutions made available through IPv6, growth of application-specific MCUs and flexible SoC-type designs, and growing market of connectivity devices. The report added that issues regarding the security and privacy of user data pose constraints for the IoT node and gateway market.

The report said that the market has seen an increase in the number of companies providing low-power wireless network connectivity that is specifically designed for IoT applications. It added that the increasing demand for better edge devices connectivity and developments in low-power connectivity technologies like Wi-Fi, Bluetooth, and Bluetooth Low Energy (BLE) are the main factors supporting the growth of the connectivity IC segment.

The increasing demand for consumer electronics and the popularity of smart homes that uses technologies like Bluetooth, BLE, Wi-Fi, and near-field communication (NFC) is expected to boost up the demand for connectivity ICs. It said that Wi-Fi and Bluetooth are likely to record the maximum shipment during the forecast period due to their low power consumption and low cost.

BFSI is the fastest-growing industrial vertical, in terms of volume

The consumer end-use application will hold the largest share of IoT node and gateway market in 2026. The report stated, “With the evolution of consumer appliances that can connect to the Internet and smartphones, the growth of IoT technology in the consumer electronics segment is expected to receive a boost. Given the large population base in some of the developing economies, such as China, India, and Thailand, there has been an increased number of new M2M connections per year in the APAC region.” Due to the increase in the penetration of the internet in developing Asian countries along with the changing lifestyle of consumers, the use of smart home devices has increased in the region.

The report said that the banking, financial services, and insurance (BFSI) is fastest-growing industrial vertical, in terms of volume, in IoT node and gateway market. It said that the mass adoption of online banking, contactless payments, and mobile banking apps has increased significantly. Banks are trying to create intelligent and personalized customer cross-selling opportunities. The growth in this sector is driven by the increasing adoption of mobile point-of-sale (mPOS). The demand for intelligent banking is also expected to create a demand for connectivity ICs, processors, and sensors. These are used in devices like mPOS and smart kiosks.

Trilliant And MultiTech Join Hands To Deliver Solutions In IIoT