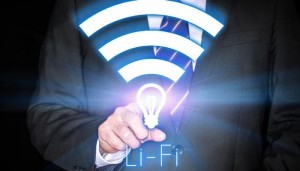 A new EU consortium of companies and academic partners has allocated €6 million (INR 47,65,06,803.60) for a new European LiFi-project, which aims to use light – instead of radio waves – for the Internet of Things (IoT).

The project – called ELIoT, Enhance Lighting for the Internet of Things – revolves around a technology developed by Eindhoven based Signify that uses LiFi, a next-generation wireless communication network that transmits information through light beams rather than via radio waves, as is the case with WiFi.

During the three-year project, the ELIoT consortium will be exploring a networked wireless communication technology that works in the previously unused light spectrum, in addition to Wi-Fi and radio.

The partners in the consortium believe that LiFi has many use cases for commercial, industrial or even outdoor applications.

ELIoT has been funded as a project by the EU’s largest research and innovation programme, Horizon 2020. The group is expected to be expanded further.

“With ELIoT, we have created a powerful consortium of companies and organisations from the European lighting and communication industry,” says Dr. Volker Jungnickel (Fraunhofer HHI), who acts as project coordinator.

“ELIoT forms a closed value chain with partners representing the components, chipsets, systems and applications sectors and research institutes, working together on the commercialization of LiFi for the future IoT.”

Edge and Fog Computing: A Practical Use Case Perspective