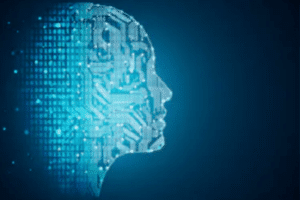 According to a report by the Economic Times, the Delhi Election Commission said that the upcoming Delhi Assembly polls will have 11 Artificial Intelligence (AI) equipped polling constituencies. These polling stations will be one from each district in the national capital. The report also said that the Commission said that that QR code enabled digital photo voter slips will save a lot of time which is spent in finding out voters’ names in the electoral rolls.

The report said, that while speaking to the media, Ranbir Singh, Delhi’s chief electoral officer said that voters will be provided digital photo voter slips for the first time. These slips will have QR code. He added that the new technology will save a lot of time. He also said that the names of the 11 constituencies where this facility will be available are yet to be finalised.

Singh also said that the digital photo voter slips can be downloaded from the Voter Helpline mobile app. This is an experimental feature that is available to those who link their mobile numbers with the app. He further said that if the experiment is successful, more such booths will be established next time. The digital photo voter slip can be downloaded from the Digital Vault in the menu. It will work only in electronic form in those polling stations where the booth app is used as per Singh.

As per the report, Singh also said that there will be a QR code on the digital photo voter slip which will be scanned at the polling booth having the facility. But, voters will have to carry one identity card with them. He added that for the first time, voters will be able to carry mobile phones inside the polling booth but only up to the polling official using the booth app and use it instead of printed copy. Then they have to submit their mobiles in the lockers provided on those polling booths.

IoT in Utilities Market To Reach $53.8 Billion By 2024: ResearchAndMarkets...

“Dependency on China is Blocking Growth of IoT Market in India”