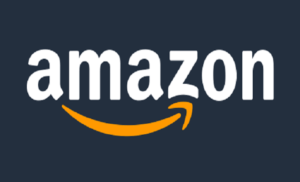 At its annual hardware event in Seattle, Amazon on Wednesday announced that it is developing a new low-bandwidth, long-distance wireless protocol for IoT devices.

Called Amazon Sidewalk, the new network protocol uses the low-bandwidth 900 megahertz spectrum to extend the distance at which IoT devices can be controlled, Amazon said.

There aren’t many details on how it will work, but Amazon says that Sidewalk will allow us to connect to devices that can be up to a mile away, depending on how the base station and devices are positioned.

Amazon says it’ll publish the protocol so that other device makers can also integrate it into their devices.

Where it will be used?

The company sees Sidewalk’s use in devices as varied as garden water sensors and mailboxes that would alert the owner to new mail.

The first product that uses Sidewalk is a dog tag, dubbed the Ring Fetch, and it will be launched next year. It will alert pet-owners when their dog leaves a certain perimeter.

The Amazon Sidewalk was announced alongside a new range of Echo speakers and a multilingual mode for its Alexa virtual assistant.

2020 Will Be Year Of Artificial Intelligence For Telengana