Fanuc’s new AI-based tool reduces the training process by hours. Currently, the technology is in its early stages of development 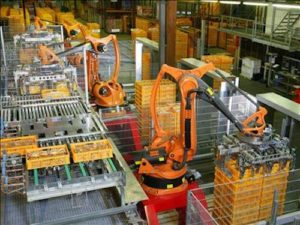 Training robots for industrial automation is a painstakingly task! But not anymore.

The company has announced a new artificial intelligence-based tool that teaches robots how to pick the right objects out of a bin with simple annotations and sensor technology, reducing the training process by hours.

The conventional process of training bin-picking robots means teaching it many rules so that it knows what parts to pick up.

“Making these rules in the past meant having to go through a lot of iterations and trial and error. It took time and was very cumbersome,” said Dr. Kiyonori Inaba, the head of Fanuc Corporation’s Robot Business Division.

Moreover, finding enough engineers and skilled human operators to train robots can be challenging in industries that are relatively new to automation.

According to Inaba, it is difficult for the human operator to show the robot how to move in the same way the operator moves things.

However, he said, by utilizing AI technology, the operator can teach the robot more intuitively than conventional methods.

He added that the technology is still in its early stages of development.

(With inputs from TechCrunch)