Though the Interim Budget 2019, announced on Friday, is more evident on the vote of account as expected, but the Indian tech and IT industry welcomed the announcements in the Budget towards digitalisation and adoption of artificial intelligence (AI) and other related technologies.

While presenting the Interim Budget, acting Finance Minister Piyush Goyal announced the government would establish a ‘National Centre for Artificial Intelligence’ as a hub as well as centres of excellence (CoE) for AI and other related technologies.

“The highlight of the Budget was the announcement of a National Centre for Artificial Intelligence and the AI portal. This will play a key role for India to accelerate AI development and adoption,” said IT industry apex body NASSCOM in a statement.

Hailing the programme on AI, Sanjay Jalona, CEO & MD, L&T Infotech said, “The continued support by the government on new age concepts such as AI that has the power to emerge as not only national assets, but global disruptors is a huge trigger to further advancements in these fields. The role of such exponential technologies in driving the nation’s development is immense and provides a much-needed avenue to address and overcome pertinent age-old issues.”

Shekhar Sanyal, Director and Country Head, IET, said, “The interim budget 2019 with its focus on the futuristic technology – AI is a heartening news. We are at the cusp of technological disruption, a national program with the portal on AI will bring India on the global map and help build an ecosystem to fuel its ambition to become a world leader in AI in the coming years.”

“AI has been one of the biggest technological advancements in the recent past. The government’s vision of developing a national program on AI will set the implementation process in motion and help people and government immensely. Identifying priority areas for AI hubs will streamline the development work in the AI domain and give a certain direction to the start-ups working on this technology. All these efforts will promote the use of technology and digitisation and play an important role in the development of the economy,” he said.

Sharing his viewpoint, L C Singh, Vice Chairman, Nihilent Limited, stated, “The impetus provided by the government in propagating the advancements in AI for building nation’s assets is indeed heartening to know. The plan to set up a National Centre for AI augers well for positioning India at the centre of global innovations.”

Arun Balasubramian, Managing Director, Qlik India, said, “The interim budget, the government has rightly comprehended the necessity and competence of digital technologies such as AI, machine learning, big data and more. We are glad to find out the government’s plans of developing a National Artificial Intelligence portal, which will significantly boost research and development measures and thus allow businesses of all sizes and sectors to gain better data-driven and decision-making insights and advance the nation in competitive global space.”

The setting up of AI portal is probably a good initiative when it comes to the technology segment. In the past couple of years, there has been major advancements in the technology segment, with major tech players incorporating AI and machine learning (ML) into several products and services.

One lakh Digital Villages in 5 years

The government has set a vision for the next 10 years to make India a US$ 10 trillion economy. “Making India digital will play the most important role in achieving the vision,” Goyal said in his Budget speech.

Finance Minister also announced that the government is targeting to turn 1 lakh villages into Digital Villages over next five years.

Dr Rishi Bhatnagar, Chairman of IET IoT Panel & President, Aeris Communications, hailed the government’s move of making one lakh digital villages in five years. “Having one lakh digital villages in India in next 5 years is a remarkable and a welcome move by the government to ensure digital inclusion to all citizens. This would certainly strengthen the BharatNet initiative which aims to digitally connect 250,000 Gram Panchayats by 2019,” he said.

“However, it looks very ambitions given the fact that internet penetration in rural areas still stands at only 21 per cent compared to 65 per cent in urban areas,” he added.

Sachin Dev Duggal, Founder & CEO, Engineer.ai, said, “The idea of transforming 1 lakh digital villages can have numerous benefits. This includes creating and managing the IT infrastructure to make digital villages possible, and increasing education around technology, thus having the potential to expand the workforce (to operate said global operations).”

Dr Ajay Data, CEO, Data Xgen Technologies, welcomed the government’s focus on Digital India and its critical role in changing life of the people in the interim budget.

“It is promising to note that the government has included and prioritised digital drive in its 10-point agenda for holistic development in long-term roadmap – ‘Vision 2030’. On the growth of digital economy in rural areas, the government plans to create one lakh digital villages in the next five years, which will impact many lives. In this process, as mentioned in the budget, millions of new jobs will be created in the ecosystem which is indeed a welcome move,” he said.

However, Dr Data also pointed that Interim Budget has very little to offer in terms of incentives to boost innovations, while adding, “There was no mention of higher allocation of fund for tech start-ups or any kind of support to the software product companies.”

Looking at the long-term benefits of digitalisation, Prashanth G J, CEO, TechnoBind, said, “The focus on the digitisation will go a long way in improving the social and economic fabric of the country – be it creation of jobs, uplifting the lower end of the society reducing the income gap and many more. The announcing of the 5 lakh digital villages is really welcome. It will go a long way to leverage the benefits of technology right up to the grass root level. Especially in a country like India which has always been challenged from a penetration of technology this will be a big boost.”

“The government’s vision of digital economy 2030 for digitisation of government processes and private transactions will require huge capacities expansion by all stakeholders going forward in data centers including private and public sectors. Going forward India needs to invest substantially in building data centers both hybrid and distributed specially to achieve its vision of smart cities and digital India which will also aid India’s Make in India policy,” he said. 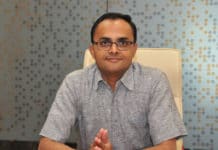 Advance.ai To Expand in India

Editor Team - March 25, 2020
The company's enterprise product, Guardian, offers AI, risk management and digital lending solutions It claimed that the Guardian has an accuracy of 99...

Abhimanyu Rathore - March 4, 2020
The author explains the seven most important steps in securing the public cloud that every organisation can follow. The simplicity and cost-effectiveness of the public...

Abhimanyu Rathore - March 4, 2020
One of the consequences of urbanisation has been increased vehicle population leading to heavy traffic on roads every day. Even after reaching the venue,...

To Make India an IoT-super Power, We Need to ‘Be More...