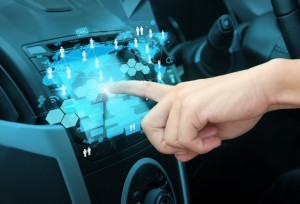 With vehicles become increasingly connected and emergence of autonomous vehicle technology, Internet of Things (IoT)-focused cyber attacks in the automotive and transport sector are becoming alarmingly common. About 77 per cent of the organisations in the sector have experienced an IoT-focused cyber attack in the past twelve months, according to latest research by Irdeto, a world leader in digital platform security.

The most interesting finding is that many organisations are not properly prepared to combat threats in future with just 6 per cent respondents said that they have what they need to counter cyber attacks.

Of those that experienced a cyber attack, 91 per cent had an impact on the organisation, including operational downtime and compromised customer data and/or brand or reputational damage, the study reveals.

According to the survey, conducted on 225 security decision makers working in transport and automotive, found that while there is a need for greater focus on cyber security within the industry, organisations in this field are looking at benefits of security beyond its protection capabilities. Almost 98 per cent organisations agreed that a security solution should be an enabler of new business models, not just a cost.

Other key findings include:

A large number of security decision makers, working in transport organisations, mentioned that the software of IoT devices is the most vulnerable element (39 per cent), whereas 13 per cent believe that the most prominent cyber security vulnerabilities exist in the infotainment unit.

Commenting on the findings, Niels Haverkorn, General Manager, Connected Transport, Irdeto, said, “Despite the challenges and threats outlined by this study, it is clear that the attitude toward security in the transport industry is on the right track. Through robust security, transport and automotive organisations can construct a foundation that not only realises the benefits of fully connected and autonomous vehicles, but also enables profitable new business models.”

“Through this approach, they will be able to balance safety, convenience and customisation throughout their business and products,” he added.