Indian artificial intelligence (AI) company Fractal Analytics announced that it has raised US$ 200 million from private equity firm Apax Partners through the sale of shares.

With this transaction, Apax will become the majority stakeholder in Fractal. The transaction is likely to be concluded by February 2019, according to the company statement.

Fractal will use the freshly raised funds to accelerate growth – organically as well as through merger and acquisitions (M&A), and for further investment in AI products and research.

Srikanth Velamakanni, Co-founder, Group Chief Executive and Executive Vice-Chairman of Fractal Analytics, said, “We are making progress on our goal to build a US$ 1 billion-revenue company in the AI space, thanks to our relentless focus on serving Fortune 500 companies globally in enabling an AI-led digital transformation in their businesses.”

Shashank Singh, Partner at Apax Partners, said, “Fractal’s strong culture, which fosters employee engagement and innovation, has played a significant role in driving its success. Notably, its ability to attract high-quality data science and engineering talent has allowed the company to stay at the forefront of the rapidly-evolving analytics space.”

Fractal Analytics, founded in 2000 by five graduates of IIM, Ahmedabad, is an enterprise-focused business that helps its customers in making decisions by utilising machine learning (ML) algorithms.

The company has some of the largest Fortune 500 companies in its list of clients such as Franklin Templeton Investments, Kimberly Clark, Procter & Gamble, Philips and Microsoft. Currently, it employs over 1,200 consultants across 15 locations such as San Francisco, New York, Sydney, London, Chicago, Delhi, Mumbai and Bengaluru. 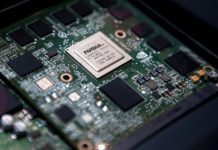