India has the percentage of 25 per cent, when it comes to AI specialists returning back to domestic companies after studying overseas

There were around 22,400 people across the world that are considered as top talent in working in the field of artificial intelligence (AI), according to a latest report by Canada-based start-up Element AI.

When it comes to AI specialists returning back to domestic companies after studying overseas, the report mentions that India has the percentage with 25 per cent people returned to domestic firms after studying abroad. Singapore is at top with 40 per cent followed by South Korea and China at 30 per cent each.

These findings are based on a survey of number of authors who published their papers at international conferences in 2018, assessing their careers and breaking down the distribution by location.

China and US early starter

In 2017, China introduced a plan for developing AI and has established AI departments in schools across the country. On the other hand, the US has several educational institutions that are offering AI programs such as the Massachusetts Institute of Technology (MIT) and Stanford University, which attract prominent researchers and students from all over the world.

On the contrary, India started off a little late as compared to the US and neighbouring country China. It was only in 2018 when the Central Board of Secondary Education (CBSE) decided to include AI as an elective subject for 8, 9 and 10 classes. In March 2019, the board finally cleared the inclusion of AI as an optional subject for class 9th from the academic session started from April 2019.

In February 2018, India’s IT Ministry formed four committees to thoroughly analyse the various aspects of AI for citizen use. Recently, government’s think tank NITI Aayog, forward a cabinet note to give US$ 1.68 billion for establishment of a cloud computing platform – AIRAWAT.

AI Can Be A Viable Tool To Study Changes In Mental Health: SAIL and UCLA Study 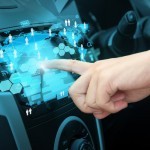 Editor Team - January 18, 2020
LG and Cerence will be working on this platform together LG’s webOS Auto is a Linux-powered IVI platform for connected cars LG Electronics has...