“India is already on the path of developing its own IP and branded solutions in the IoT arena,” says Vikram Samdare, who is currently leading IoT Practice at a leading global organisation.

He is responsible for transformation projects, including building/creating opportunities and delivering in IoT domain. He has over 18 years of global experience and has been working extensively in varied roles spanning practice management, account management, program management, sales, pre-sales and service delivery.

In a conversation with EFY bureau, he sheds some light on the current trends in IoT, shares about the role of major technologies, India’s position in IoT adoption and much more.

Q. In your opinion, which are the top three technologies that are shaping the future of IoT?

According to me, the three major technologies that are or will be shaping the future of Internet of Things (IoT) are artificial intelligence (AI), computer vision and blockchain.

Q. Between the cellular and NB-IoT/LPWA families of wireless technologies, which one are you betting upon? Why?

I would say narrowband IoT (NB-IoT) and low-power wide-area (LPWA) as these are used as per the use cases and are combined in overall solutions in some use cases. Just to give an edge, NB-IoT is being used more as the telecom infrastructure supports its uses.

Q. How’s the development of standards (or lack of it) affecting the adoption of IoT?

Hardware as a component plays a critical role in the adoption of IoT. The standards for hardware are still evolving. We can say there is no single community to standardise the contents. Thus, development of standards would have a great potential to increase adoption of IoT across industries.

Q. How ready is India’s tech ecosystem to develop and deploy IoT solutions?

I would say India is mainly a skill-based country. Having said that we are building unique products across industries giving the abundance of the right talent in the country. India is thriving in adopting IoT solutions as compared to the western counterparts.

Q. Do you foresee India’s tech industry developing its own IP and branded products/solutions in the IoT arena?

Absolutely yes! We are already on the path of developing our own IP and branded solutions in the IoT arena. We are also making global impact as we see big players are acquiring Indian companies.

Q. Do you see the Open Source phenomenon play an important role in the IoT arena?

The Open Source phenomenon has been playing a significant role, given the specific focus the commercial players have. Most of the big players are acquiring Open Source companies. Besides, they are also making their code, solutions and patents open to public.

Q. How do you see the role, technologies like AI/ML will play in the evolution of IoT solutions?

Machine learning (ML)/AI is the intelligence layer on top of all kinds of data. IoT will gather the data but ML, deep learning (DL), natural language processing (NLP) will make that intelligent.

Q. What’s your opinion on the state of security available for IoT solutions?

Security for IoT solutions is building up as many companies are coming up with good solutions. There are several government agencies, consortia and institutions that are already building best practices to improve security. For instance, the US Senate has already passed two bills to cater to the security issues.

Q. W.r.t. edge vs cloud, where do you think will we see faster development in the next year or two?

Q. What are the key technologies missing, which when made available, will accelerate adoption of IoT across the globe?

Lighting network, 5G/LTE, LoRa, LEO and Quantum are some of the technologies which are yet to make into the commercial space. These technologies will accelerate adoption of IoT across the world. 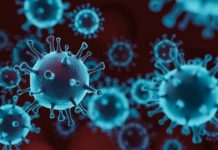 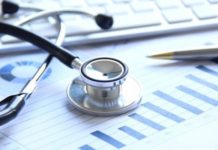 AI Algorithms To Now Assist In Decoding The Languages Of The...

Cisco Introduces Chip And Router For Internet Of The Future