Nearly 16 per cent of energy and utility companies in both France and India have deployed intelligent automation initiatives, the report says 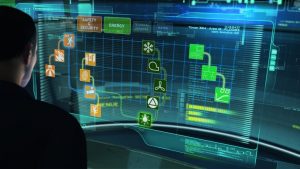 There is an increasing use of intelligent automation in the global energy and utility sector, including a considerable growth in the use of Artificial Intelligence (AI) since 2017, according to a latest report by Capgemini Research Institute.

Automation and AI will be instrumental in supporting the companies in meeting their climate change goals and the increasing demand for clean, reliable and cheap energy, the report cites.

According to the report, the sector is already witnessing significant value from automation, in terms of boosting operations, engaging customers and topline growth, as compared to other industries. Nearly 40 per cent of the respondents said they had seen a rise in operations quality, while 45 per cent had seen an increase in inbound customer leads.

With automation, 81 per cent of respondents said they had enhanced the customer experience through faster responses, while 78 per cent saw a decrease in the number of processes related to queries and purchases.

Commenting on the findings, Philippe Vié, Global Head of Energy & Utilities at Capgemini, said, “The energy and utilities sector is already seeing the difference that intelligent automation can make in improving business efficiency, customer satisfaction, and revenue. Executives are quite rightly making the deployment of automation one of their top priorities.”

“Now the focus must shift to the factors that will enable the scaling of multiple use cases including an investment in specialist talent, more integrated co-ordination between business units, and a stronger commitment from leadership. Having tasted the benefits of automation, energy and utility companies must now redouble their investment to reap the full rewards,” he added.

The IoT In Hospitality: Advantages And Limitations

Global Telecom Providers Lag in Use of Applied AI and ML:...