In an interaction with EFY bureau, Vikas Dhawan, one of the pioneers of Industry 4.0 in India, and Co-Founder of Surya Automation and Cognifide Machines, talks about the technologies influencing IoT’s future, role of standards in IoT, data security of IoT solutions and a lot more.

Digital Transformation, Connectedness, and Artificial Intelligence are the top three technologies shaping the future of IoT.

Digital Transformation is bringing in supporting cutting-edge technologies to integrate data across operational technology (OT) and information technology (IT), and demolishing their individual silos.

Connectedness (in conjunction with Data and Technology) is creating new use cases that had never been thought of before, such as Vehicle Telematics, Predictive Safety and so on.

Artificial Intelligence (t0 be more specific, Machine Learning, Natural Language Processing and Machine Vision) are helping to extract insights and predictive analyses from data without requiring human intervention. Without AI, humans don’t stand a chance of making any sense of the huge data that connected IOT devices generate every second!

Q. Between the cellular and NB-IoT/LPWA families of wireless technologies, which one are you betting upon? Why?

Each of these technologies have different applications and so do not have an either/or relationship.

Cellular 5G is seen as the obvious choice for areas of huge real-time data transfers required for augmented reality (AR), Connected Vehicles and so on. For example: it is estimated that Connected Autonomous Vehicles (CAVs) will generate approximately 25 GB of data per vehicle per hour, which multiplied by a billion cars worldwide is a huge amount of data by any standards. Therefore for such use cases, the cellular 5G (which is 40x faster than 4G and can support up to a million connections per square kilometre) will be the obvious choice.

On the other hand, for several industrial applications, track and trace functions, and smart city applications, the low power wide area (LPWA) technologies are more appropriate.

NB-IoT (narrowband IoT) enhances network efficiency by allowing connections to large fleets of devices, without requiring a gateway. It also has different application areas, such as sending sensor data directly to the server.

As I said earlier, the specific type of application, the constraints in terms of data load, cost, latency, number of concurrent connections and so on, will really determine the appropriate wireless technology to use in each type of use case.

Q. How’s the development of standards (or lack of it) affecting the adoption of IoT?

The utopian state for IoT devices will be to have an environment that can accommodate ‘any application, any device and any network’.

However, we are still some distance from achieving this. There is a strong need for open application programming interfaces (APIs) and common interfaces to allow integration across platforms (each of which supports different applications and devices).

At present, while a lot of common IoT Protocols have come into place, there are very few common IoT Standards that allow universal interoperability, which has slightly slowed down the adoption and integration of IoT.

Q. How ready is India’s tech eco-system to develop and deploy IoT solutions?

India’s tech ecosystem is completely ready. By next year, India will constitute 5 per cent of the global market for IoT. In India, we have a very vibrant base of vendors and service providers for the relevant hardware, firmware and software as well as the cloud platforms to support even giant initiatives such as 100 Smart Cities plan of the Indian Government.

Q. Do you foresee India’s tech industry developing its own IP and branded products/solutions in the IoT arena?

IP in IoT is a little complex. IoT products made for different verticals often have a great deal of overlapping features. However, the needs of the Indian market are very unique and over time products specifically tailored to the Indian environments will be eligible for patents in very narrow niche areas.

As per WIPO, in terms of patent applications, India comes in the top 10 countries with very impressive year-on-year growth, which means that awareness of the need for IP protection is growing fast in India. This is also being pushed by the Indian Government, in the form of provision of low-cost registration of IP.

All these factors combined should see India develop a healthy IP portfolio in the coming years.

Q. Do you see the Open Source phenomenon play an important role in the IoT arena?

In a price sensitive economy such as India, open source software (OSS) is vital to making Indian products cost-effective and to speed up development time. The existence of a wide array of open source tools, frameworks and platforms also means that solution developers do not have to start from scratch. They can build on existing code, most of which can be freely modified to suit their specific needs. The end customers too need not worry about expensive licensing costs of products or about getting locked into a proprietary technology.

Q. How do you see the role that technologies like AI/ML will play in the evolution of IoT solutions?

A typical factory could have hundreds of machines with up to a dozen or more sensors in each machine, with each sensor shooting out data every few seconds. This translates into a massive amount of data by any standards. AI/ML is typically used to identify patterns in this Big Data, predict possibilities and draw actionable insights.

For instance, in the boiler industry – which is highly regulated and has very high safety requirements – ML can identify patterns in the data on furnace temperature, flue gas temperature and composition, total dissolved solids (TDS) in water, quality of fuel, efficiency of heat capture and so on. This data, in turn, can be used to identify the exact reason for shortfall in steam production. The same data can also be used to predict an approaching breakdown, so that preventive actions can be taken in advance to ensure workers’ safety and prevent expensive downtime.

In fact, AI will play a very important role in establishing the return on investment (RoI) from IoT, thus gaining it even wider acceptance in industry.

Q. What’s your opinion on the state of security available for IoT solutions? How do you see the evolution from hereon, w.r.t threats and counter-measures?

Typical consumer IoT products suffer from poor security standards, as most of these devices have never been designed for security, and so continue to be accessible through default passwords, run on un-segmented networks, are not patched regularly and so on.

Typically even the manufacturing organizations are using antiquated Information Security controls, have low awareness of security and privacy regulations, and lack the budget and skills to track, and protect their Data, Digital Assets and Intellectual Property.

As more and more data is collected in organisations, protecting such data from hackers and competitors becomes a matter of survival. Internal data needs to be protected during transmission, during processing, at rest, and even when in the archives.

Obviously, the approach of applying data security as a layer after the product is designed is completely flawed. Security should be built into the IOT products and data networks by design.

Q. W.r.t. edge vs cloud, where do you think will we see faster development in the next year or two?

Edge and cloud are not the substitutes for each other, they are complementary. Edge computing – as also fog computing – is growing faster, since organisations want to reduce the network traffic to cloud, for reasons of reduced latency, faster processing, lower security risk and much lower cost of on-premises hardware. So a lot of AI applications for prescriptive analysis, predictive analysis, as well as continuous real-time analysis are starting to be run on a ‘smart’ Edge.

Edge computing is used where it is not feasible to connect a large fleet of IoT devices directly to the cloud. Since edge computing is a distributed network, it allows aggregation and processing of data close to the devices such as sensors and other data-collecting devices on premises.

Edge computing is used to reduce traffic over the internet as well as cost. It is used in cases where low-latency real-time processing is required, and insights, reports or alarms based on the crunched data are required in real-time.

The cloud, on the other hand, provides a centralised repository and only some of the raw data, or parts of data pre-processed on the edge are pushed to cloud for further processing or storage.

Q. What are the key technologies missing, which when made available, will accelerate adoption of IoT across the globe?

High speed Connectivity for real-time transfer of big data is the one technology that – once commercially available – will revolutionise the adoption of IoT across multiple industry verticals and not necessarily only the verticals connected to manufacturing.

These technologies have jumped the curve and are now being used in retail, telecom, e-governance, healthcare, logistics, supply chain – in fact any vertical or horizontal which is integrating Data, Connectivity, and any of the Industry 4.0 Technologies into its processes and products! 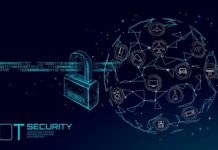 It is Crucial for Professionals to Understand Basic Concepts of IoT

Automation, Analytics and AI Will Define the Next Generation of IoT