Within the technology patents, the emerging technologies share has consistently increased to 56.3 per cent during 2017-18 as compared to 38.3 per cent in 2015

India-domiciled firms have filed more than 4,600 patents in the US during the 2015-2018 period, a majority of these patents were from technology areas such as artificial intelligence (AI), Internet of Things (IoT) and cyber security, according to a latest report by industry body NASSCOM.

Around 200 patents were filed in the US by Indian start-ups between 2015 and 2018, and most of these start-ups focused on the emerging technologies such as AI, IoT, cyber security, image processing and vehicle technology, the report states.

Overall, the technology patents share from India-domiciled firms has constantly grew to 64.8 per cent during 2017-18 as compared to 51 per cent in 2015.

Among the emerging technologies patent, AI led the race both in terms of number of patents, with 330 patents filed and growth during the period 2015-18.

In addition to AI, there were 193 patents filed in the cyber security domain, followed by 107 patents in IoT and 88 patents in cloud computing. These three domains accounting for more than 50 per cent of the tech patents filed during the 2017-18 period.

Debjani Ghosh, President, NASSCOM, said, said, “Innovation is the key to driving transformation and such patents and trademarks are a testimony to this transformational growth.”

She further said, “As a country, India can further strengthen its potential as an innovation hub through more investments in research and strategic collaborations. We are confident that we will usher in a new wave of innovation and intelligence in the country.” 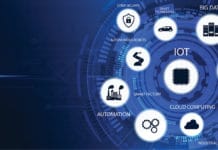 Cloud Transformation Ranks Amongst The Top Three Priorities For CIOs in...