Sigfox, a global network operator that develops wireless networks to connect low-power objects, has publicly opened the specifications of its radio protocol for connected objects.

Releasing the specifications publicly allows anyone to develop their own Sigfox object. This makes the open source implementations simpler and unlocks innovation among developers of object.

With open specifications, developers do not require the permission of Sigfox to build an object and to connect it to the network of Sigfox. Making open the specifications will also allow open source implementations and create more opportunities for developers and manufacturers of connected devices.

The developers and manufacturers have to register their objects on the network of Sigfox to benefit from it. As the protocol of Sigfox is object-centric, the developers have more freedom to develop and scale their solutions.

Commenting on the development, Christophe Fourtet, Co-founder, Sigfox, said, “The opening of the specification has always been part of Sigfox’s ambition, and we’re excited for the thousands of new use cases that will emerge. Our partners all over the world are looking forward to being part of this development.”

Sigfox, by publicly opening the specification, is allowing the ecosystem to grow as there is an increased experimentation by developers.

The company is expecting a huge growth in the number of objects connected to its network as the new entrants in the IoT space would take advantage of this opportunity, with complete support from Sigfox worldwide. The ecosystem of Sigfox will further enhance, as they democratise the technology outside the device makers.

In addition, Sigfox believes that the opening of radio specification will help B2B applications as well as B2C applications, along with other applications that are direct, in a transparent and simple way. 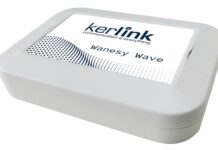 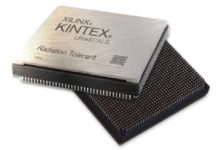 Vinay - May 22, 2020
Detects Wi-Fi and Bluetooth enabled devices, then transmits the data to an industrial-grade LoRaWAN gateway to any business-application server Can be implemented in...

Editor Team - May 21, 2020
ZenShield said that with it, the buildings can automate their Heating Ventilation and Air Conditioning (HVAC) settings in real-time without manual intervention ...

Editor Team - May 20, 2020
Short-range technologies like WiFi, Bluetooth and Zigbee will dominate connections and account for 72 per cent in 2030 Geographically, China, North America,...

Solar PV Installations In India To Fall By 23 Per Cent In 2020: IEA