Asia Pacific region is likely to witness the fastest growth in the IoT integration market, owing to the technological developments in the area of IT

Good times ahead for Internet of Things (IoT) as the rapid developments in the field of information technology (IT) will certainly make an impact in its integration market globally.

As per the Research and Markets report,the global IoT integration market is likely to witness a compound annual growth rate (CAGR) of about 35 per cent during 2017-2024.

The report mentioned that the IoT integration has several benefits including reduced risks of implementation and costs. On the other hand, it also reduces time to market for IoT-based products.

According to the report, system design and architecture services are likely to dominate the IoT market. In addition, the applications of IoT integration include energy and utilities, automation and industrial manufacturing, home automation, smart building, smart retail, smart healthcare, logistics and telematics, and smart transportation.

However, privacy,data security and lack of standards are the reasons that would be restraining the global IoT integration market growth.

The major players of the IoT market are Capgenini, Cognizant, Allerin, Pithomas, Softdel. These companies will influence the market and adopt strategies like mergers and acquisitions, partnerships and product launches, in order to gain competitive advantage. 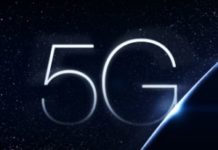 Advance.ai To Expand in India

Editor Team - March 25, 2020
The company's enterprise product, Guardian, offers AI, risk management and digital lending solutions It claimed that the Guardian has an accuracy of 99...

Abhimanyu Rathore - March 4, 2020
The author explains the seven most important steps in securing the public cloud that every organisation can follow. The simplicity and cost-effectiveness of the public...

Abhimanyu Rathore - March 4, 2020
One of the consequences of urbanisation has been increased vehicle population leading to heavy traffic on roads every day. Even after reaching the venue,...